From Orphan to a Queen 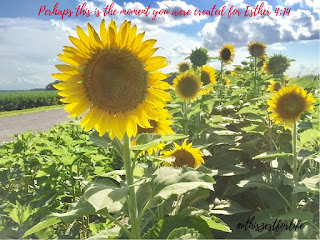 When I was a little girl I remember my parent’s telling me I could be anything I wanted to be.

Do you remember what that felt like?
For me, it was pure satisfaction, I wanted to be a giraffe. My mama said I told the pageant judge at the ripe age of 7, when ask what I wanted to be when I grew up, I responded with “a giraffe, because they are tall and can see everything.”
26 years later and here I am 5’6” tall, not giraffe stats but just enough that long pants are too long and regulars are too short.
I’m in my thirty’s now and I’m not sure if it’s a thirty thing but all of a sudden I feel empowered and comfortable. Something about this age I’m settled in has given me a new confidence.
Esther was a young Jewish girl who lived with the exiles in Persia, she was an orphan who then became queen of the empire and it was revealed to her that the Jews would be destroyed by her husband, the king. Esther was aware that going before the king could potentially cost her, her life. She was the woman that God prepared to save her people.
She was courageous, He used her and He uses women today who are also willing.

Philippians 3:8 “What is more, I consider everything a loss because of the surpassing worth of knowing Christ Jesus my LORD, for whose sake I lost all things.” Esther counted everything as a loss because she knew God had prepared her and had great plans for her future, she was a woman of faith and courage.

As a Christian, He wants us to be comfortable with who we are. I’ve been able to completely let go of things holding me back and give the control to God because He has great plans for me.
Do you have something inside yearning to get out? Friends, let me encourage you today; you are never too old, too stuck, or too far into something to change it and attain your dreams.
Don’t get this confused with being old thinking you can still pull off pleather skinny jeans and a crop top, we have to let that stuff go, I mean dreams and goals.
It’s never too late to be who you want to be. No matter if you are in your 30s, 40s, and 50s or above, you still have your chance.
Julia Child didn’t learn to cook until she was 40 and Sarah gave birth Isaac at age 91.
Don’t allow fear to paralyze you from not taking action, go to the Lord in prayer, you won’t go at it alone.
As MaMaw Peggie says as she is getting out of her recliner, “Let me wind up my leg.”
Do that today, wind up your leg and put your best foot forward, there are goals to achieve and tools readily available.
Have Zest and Be Bold!

Instagram
This error message is only visible to WordPress admins


Error: Access Token for is not valid or has expired. Feed will not update.

Make sure this account has posts available on instagram.com.

Error: admin-ajax.php test was not successful. Some features may not be available.

Please visit this page to troubleshoot.